The classic striped shirt gets a modern makeover with the J by JOA Women’s Jewel-Embellished Striped Sweatshirt in Gray & White. This mid-weight T-shirt combines casual and professional details for a look that’s ready for anything. The shirt features classic set-in sleeves, a waist-length hem with side vents and a curved back ,and a gem-studded jewel neck. Finished with gray and white stripes. 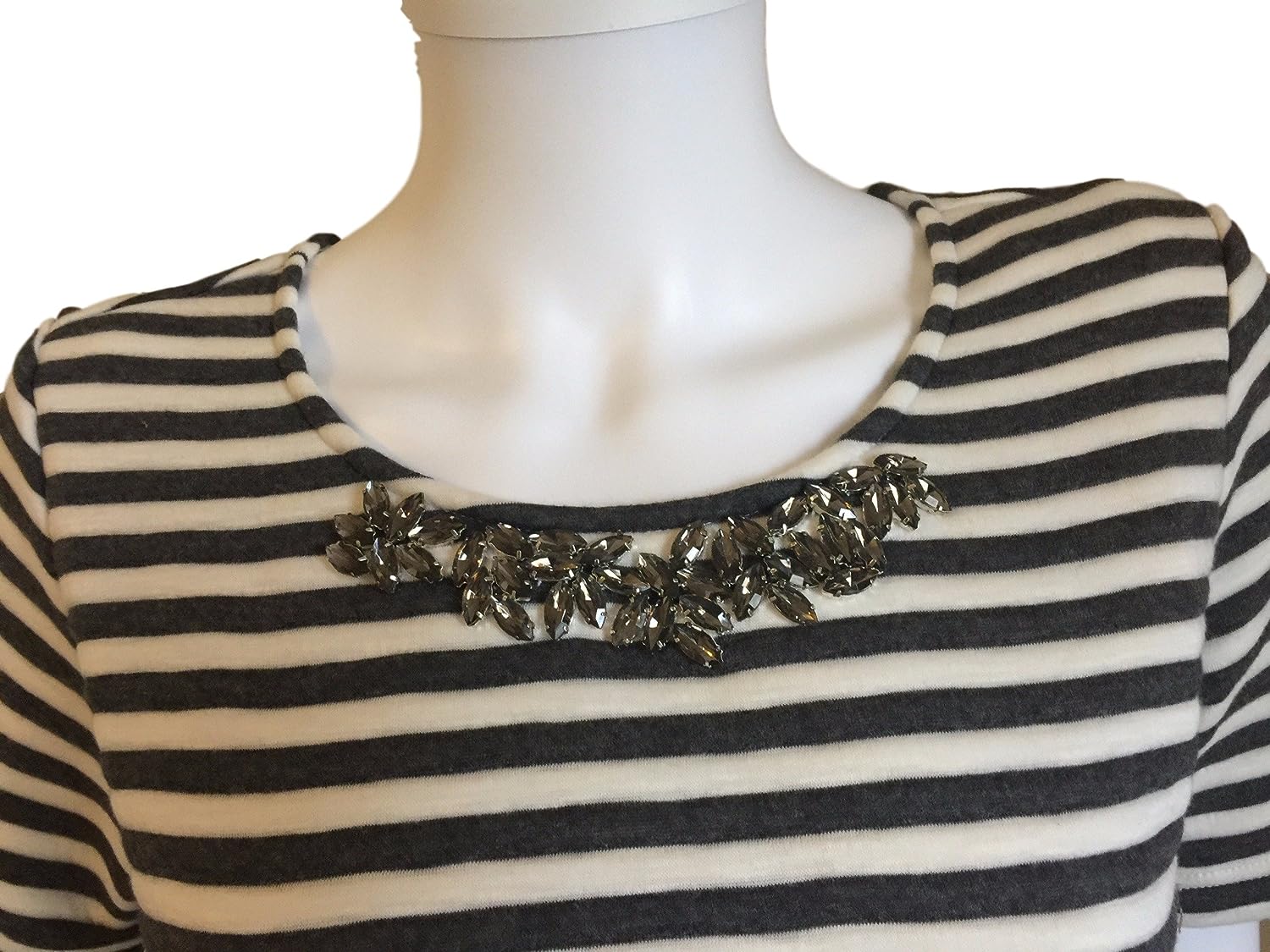 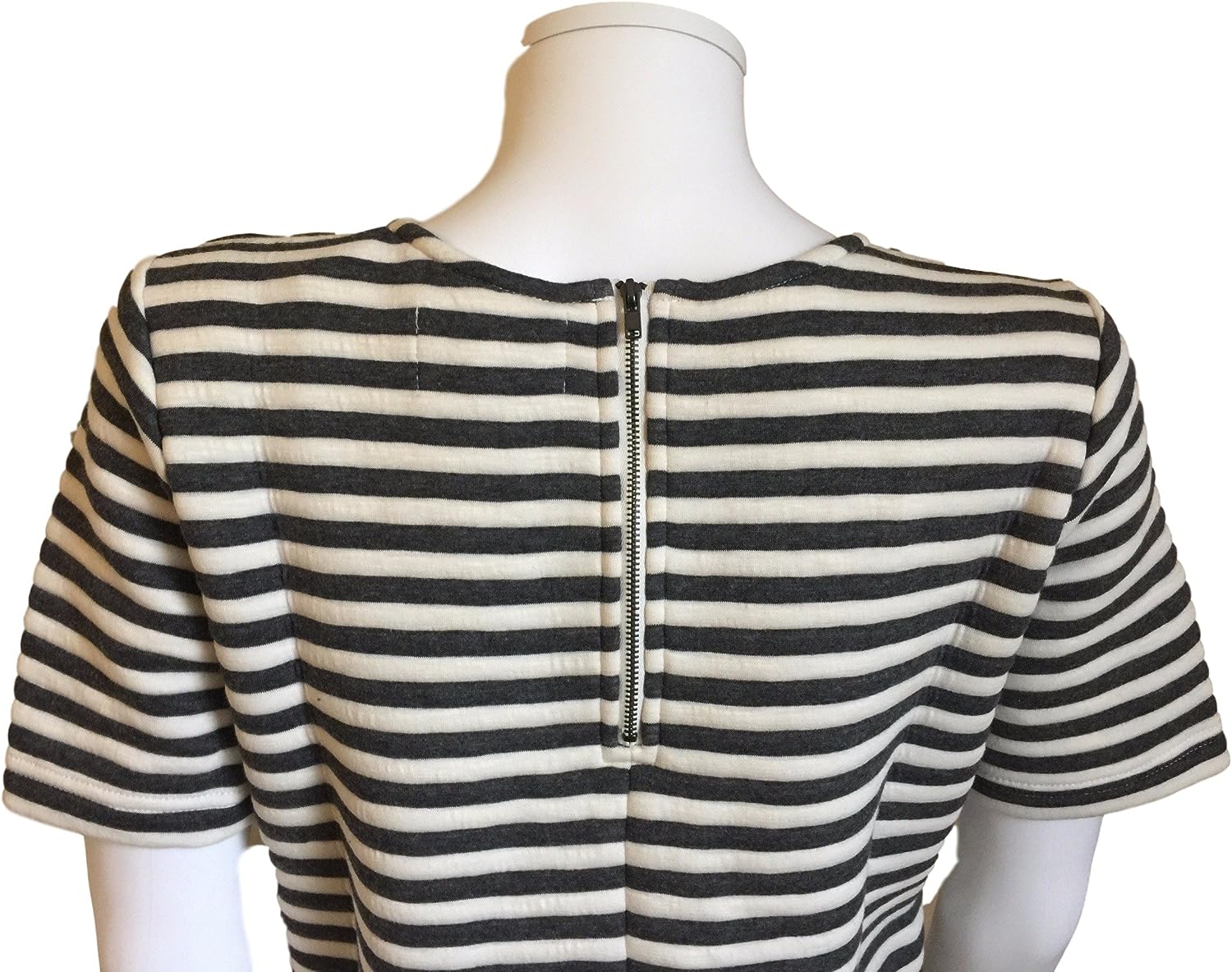