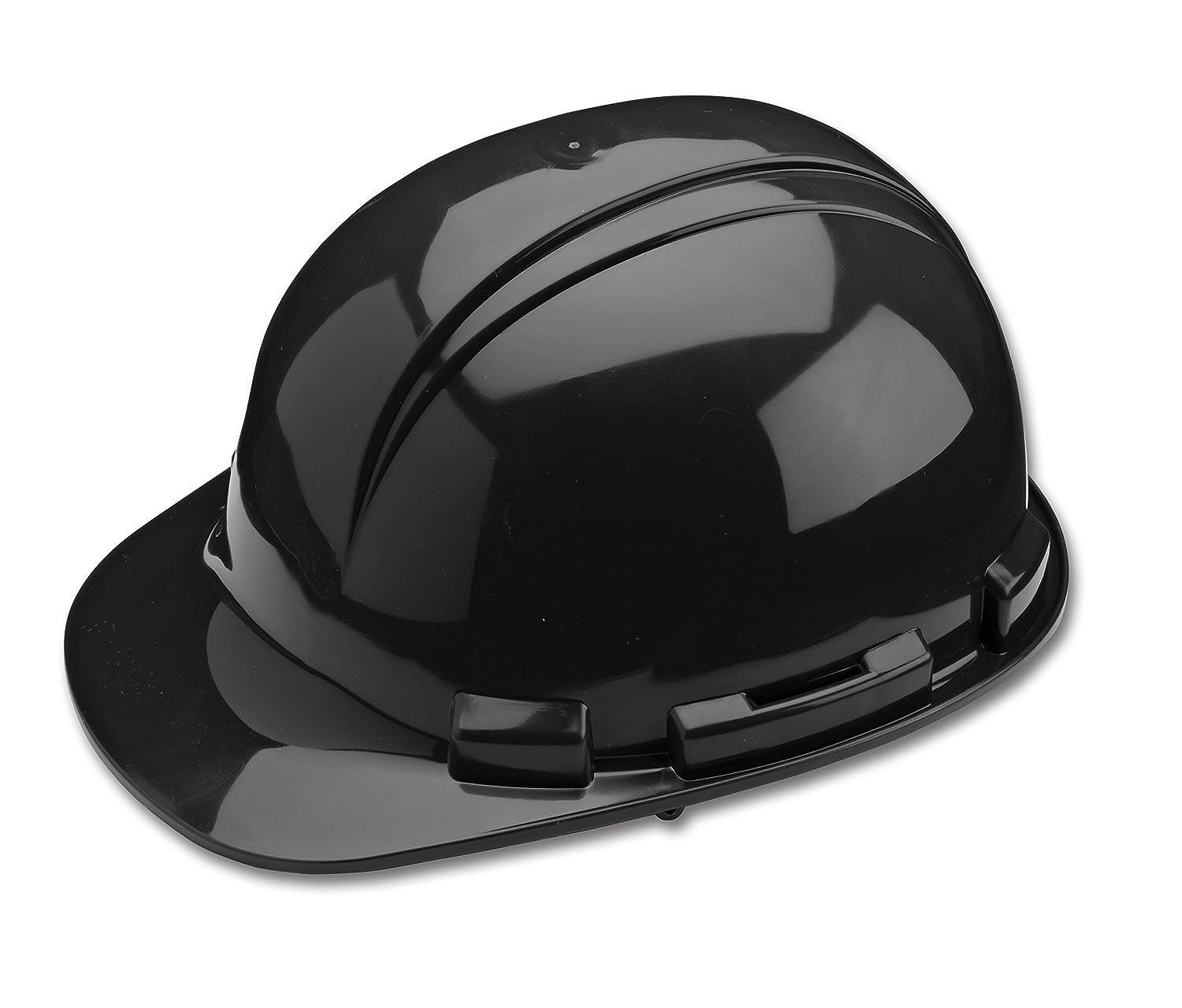 Sleek and modern Style lightweight high density polyethylene hard hat to give you and your company the ideal choice in ANSI Type I head protection. Rain Trough and slotted design shell to accommodate all the latest accessories such as hearing protection, face shields, Forestry kits or welding protection. Also attachment points for chin straps etc. Comfortable -point Nylon webbing suspensions with pin-lock or our exclusive “Sure-Lock” ratchet adjustment to properly fit all head sizes large or small. Large printing surfaces for company logos on front, sides and back.