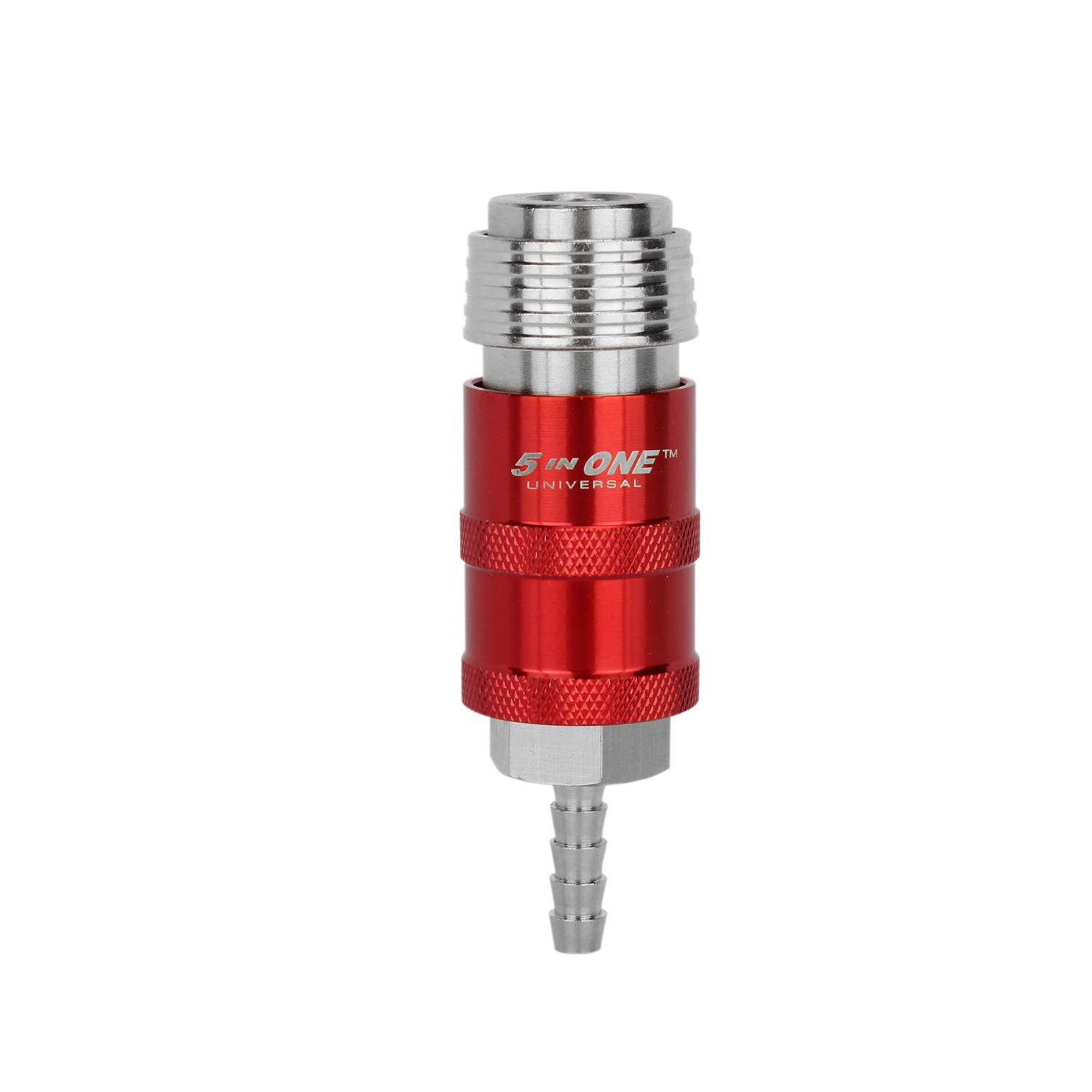 Milton’s 5 In ONE™ Universal Safety Exhaust couplers safely bleed excess air pressure and disengages fittings without dangerous blow-back from trapped pressure inside your air line or hose. This 1/4" ID industrial hose barb adapter can be used to safely disconnect from tools, replace a damaged hose fitting and provide a solid seal that won't damage the tubing of your air tool hose. Instead, the air hose coupler remains connected to the plug while pressurized air is safely bled off. The universal design allows the air compressor fittings to be compatible with all major interchanges: Industrial (M-style), High flow (V-style), automotive (T-style), Aro (A-style), and Lincoln (L-Style). This sturdy barb coupler fitting is made of heavy-duty steel, making it the ideal air compressor accessory for any air hose or pneumatic tool that requires a long-lasting pneumatic coupler. 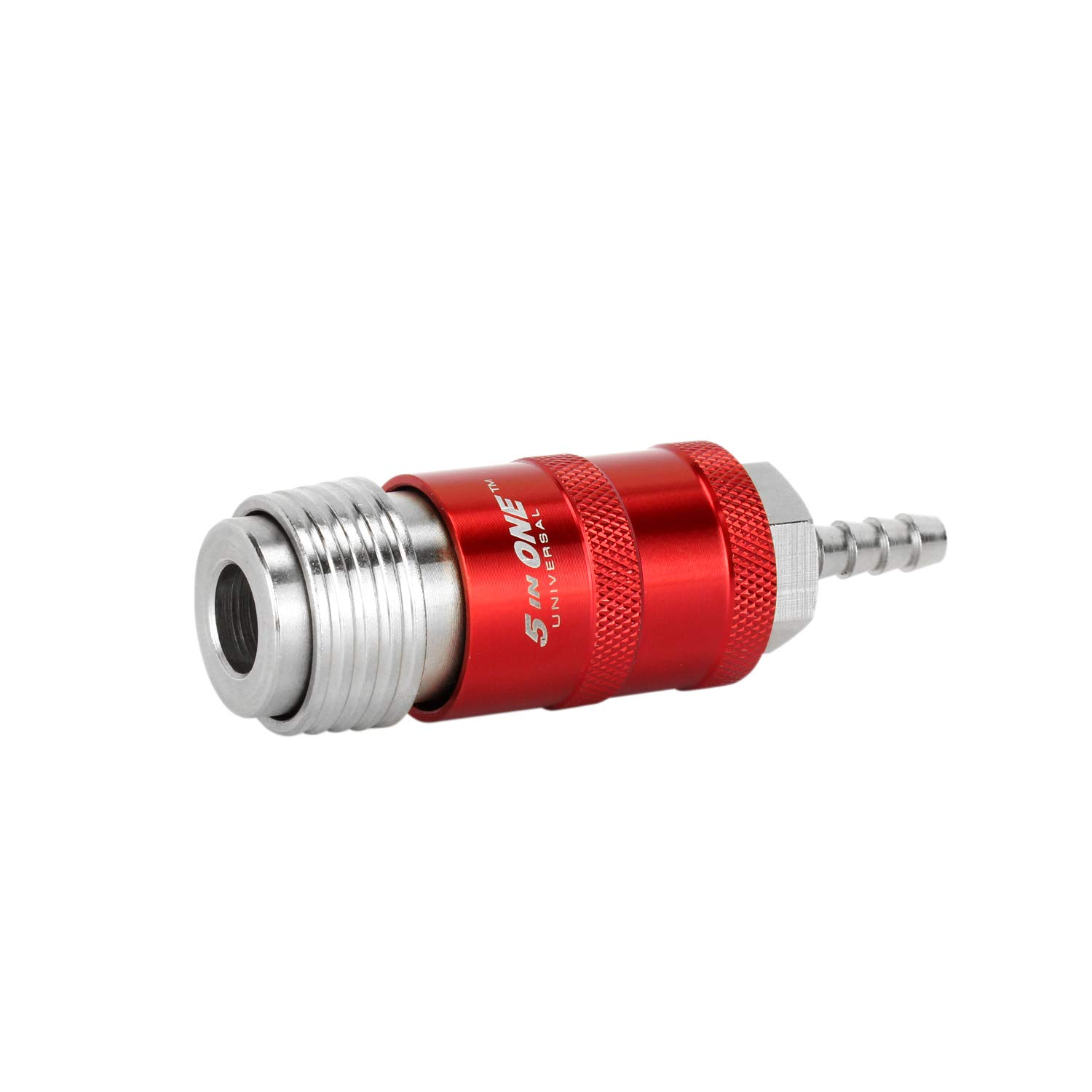