Palm tree pull 4" o.c. finished in Bronze Bronze A deep oil rubbed bronze color, with hints of metallic, that give a little wink of texture and highlights. Hand made in USA.

Palm tree pull 4" o.c. finished in Bronze Bronze A deep oil rubbed bronze color, with hints of metallic, that give a little wink of texture and highlights. Hand made in USA 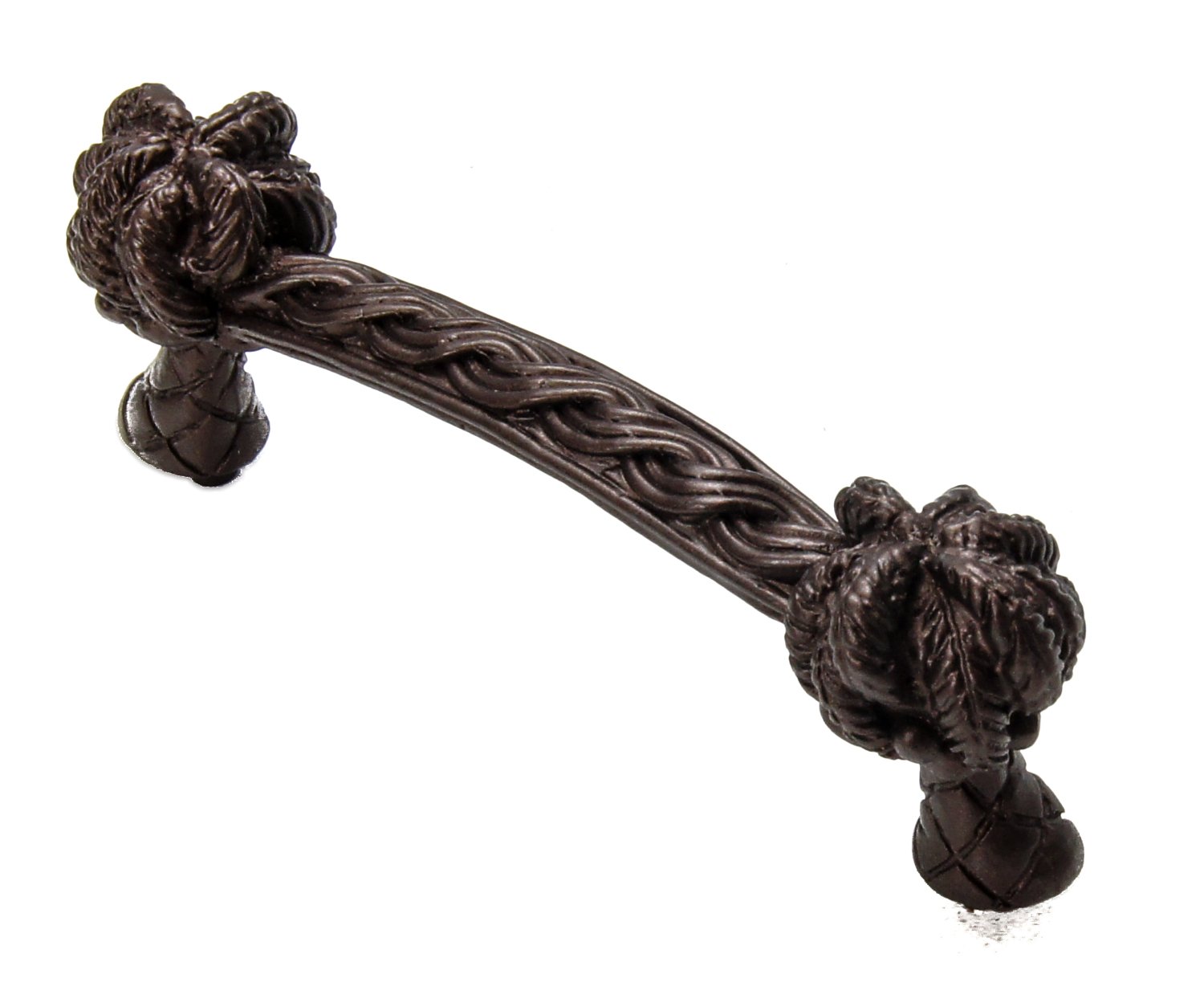