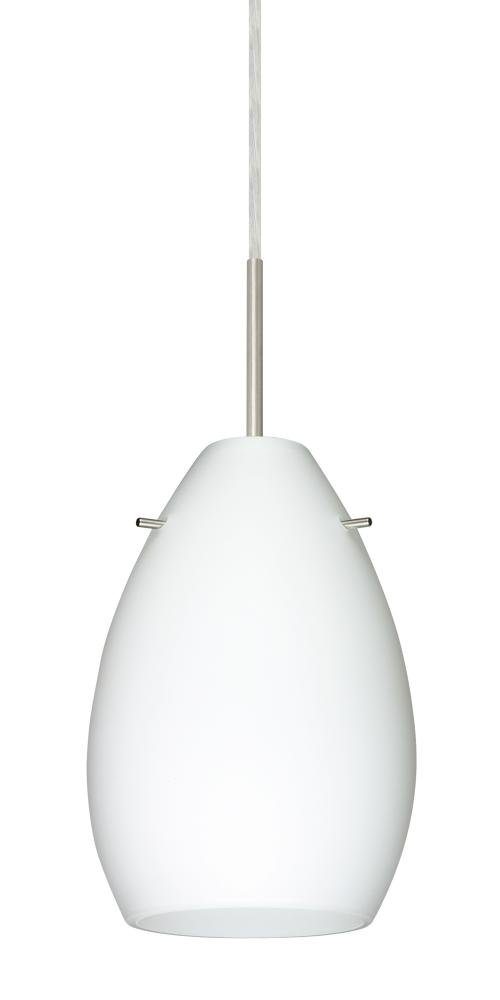 The Pera 6 is a curvy bell-bottomed shape, that fits nicely into any contemporary design. Our Opal glass is a soft white cased glass that can suit any classic or modern decor. Opal has a very tranquil glow that is pleasing in appearance. The smooth satin finish on the clear outer layer is a result of an extensive etching process. This blown glass is handcrafted by a skilled artisan, utilizing century-old techniques passed down from generation to generation. The cord pendant fixture is equipped with a 0' SVT cordset and an "Easy Install" dome monopoint canopy. These stylish and functional luminaries are offered in a beautiful Satin Nickel finish.