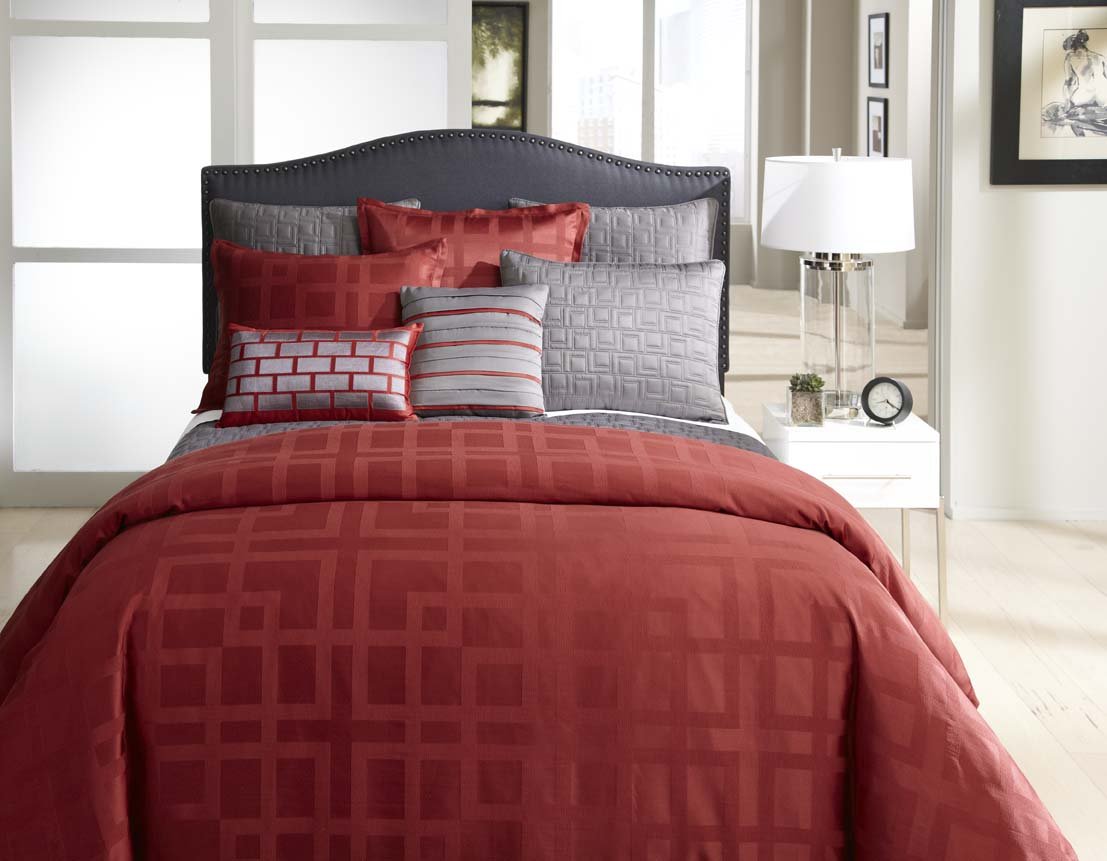 The Frames Comforter Set is a 4-piece comforter set proudly manufactured in the United States. The comforter set consists of a comforter, a set of matching shams and a bed skirt. Each piece of the comforter set is crafted from luxurious, 100% polyester, is soft to the touch, warm and inviting. The Frames comforter set features a truly sophisticated and contemporary geometric design that will add a touch of modern style to any surrounding bedroom decor. is a true leader in the industry of sophisticated and divine textiles. They take pride in cherishing a unique and elegant vision that proudly embraces intricately woven designs, stylish color tones and soft, luxurious textures to create classic yet stunningly magnificent products.