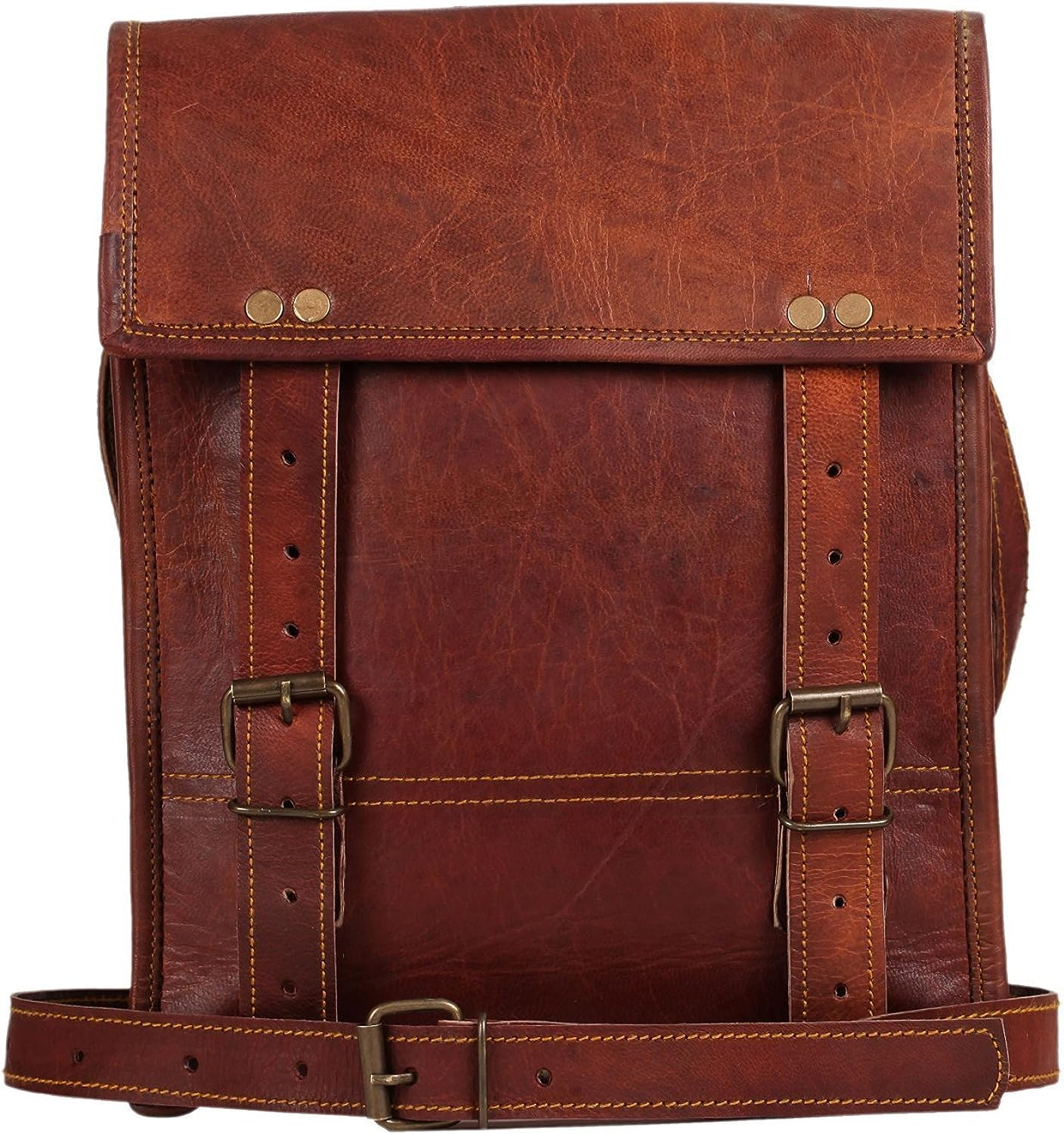 This messenger bag is crafted from 100% genuine goat leather, goes through vegetable tanning process that helps retain the natural characteristics of the material, while making it flexible yet durable. It is nature friendly and recyclable. Hence protecting the nature. For added strength and to protect your gadget from scratches or scuffs, this messenger bag is constructed with olive green heavy-duty canvas lining. Cafted using high-quality thread, this leather bag is designed with brass buckles, and & strong zippers. Ultra-durable, reliable & secure. Even has heavy-duty canvas & Velcro strap to protect contents. It features a Velcro strap to secure your items in place. 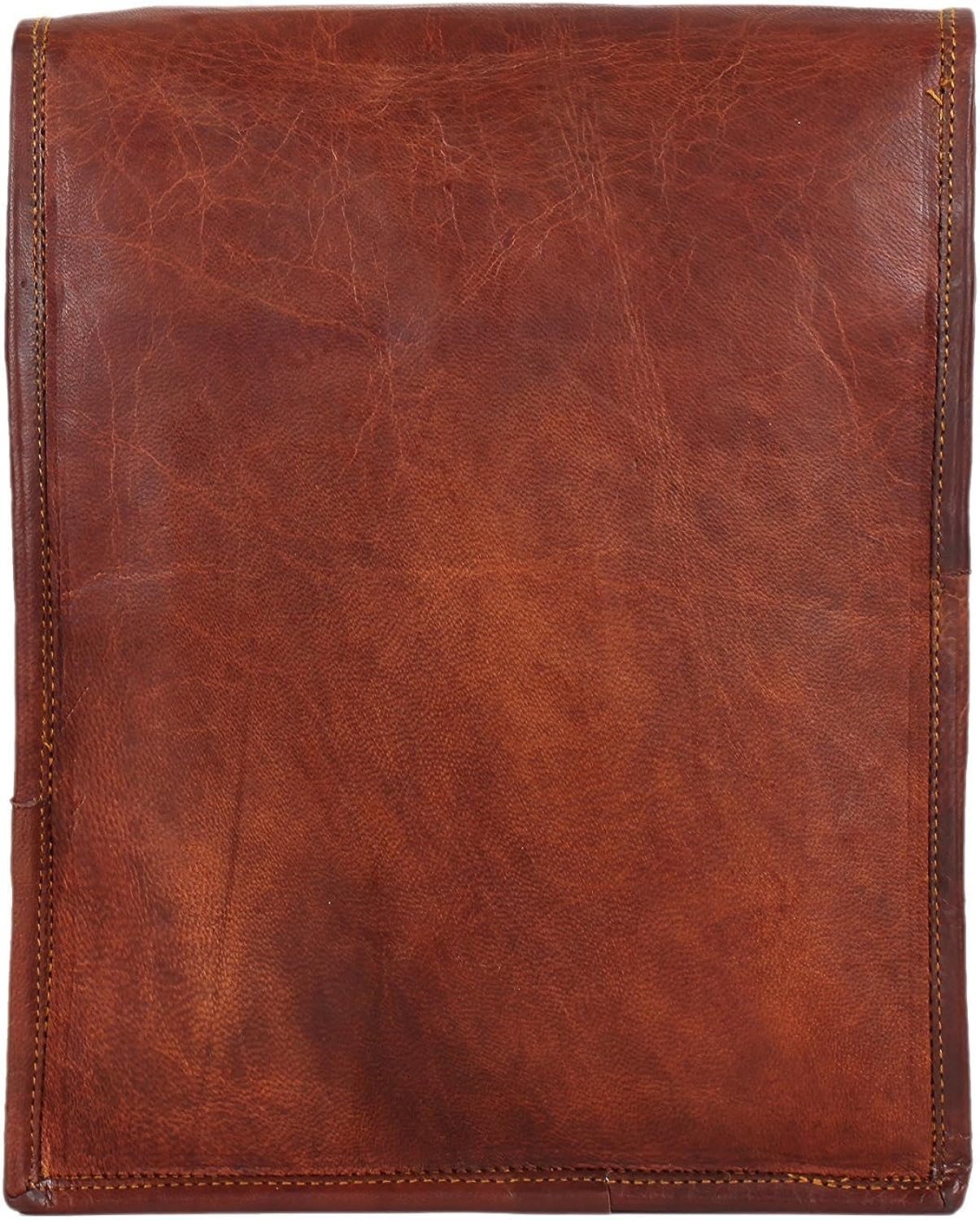 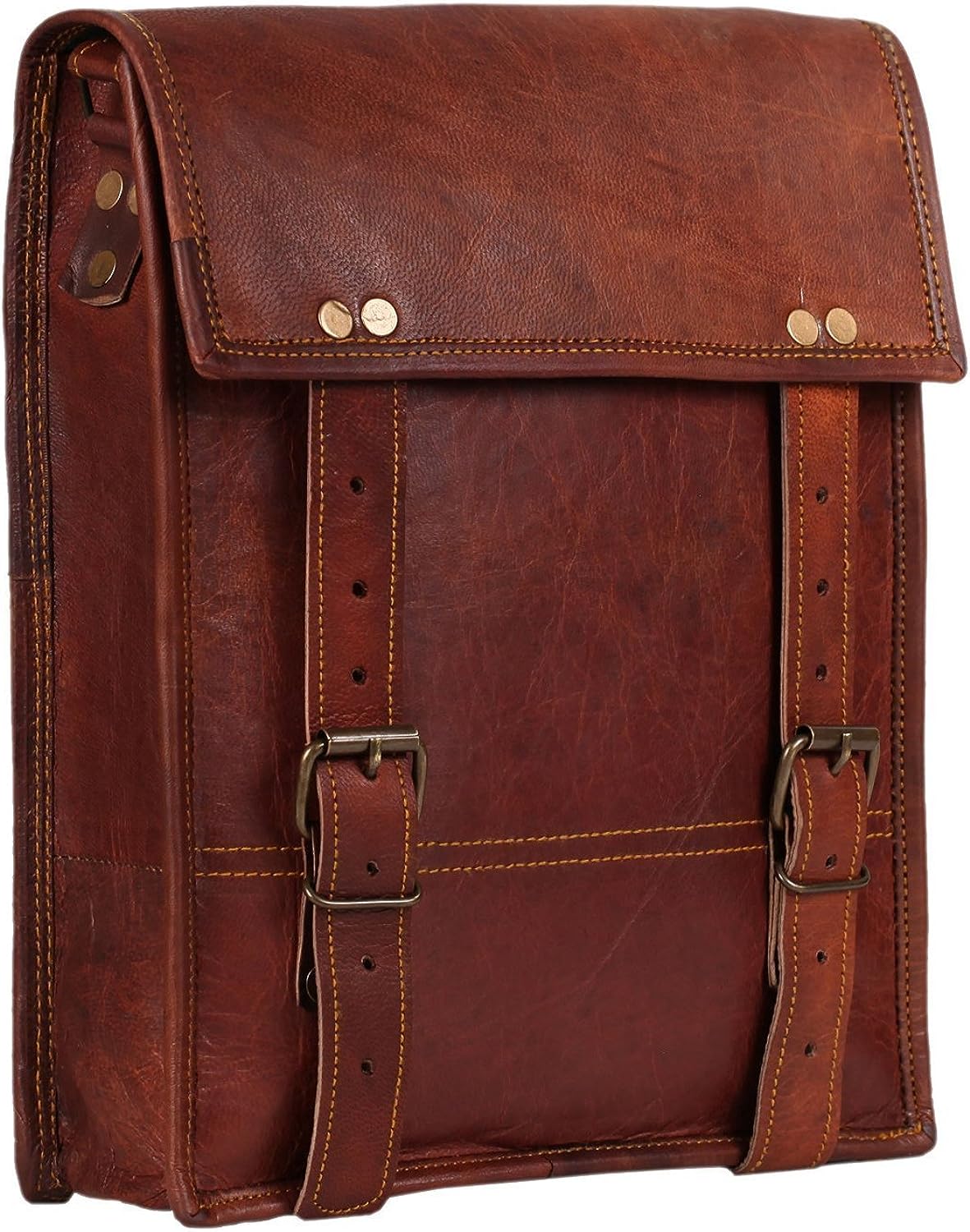 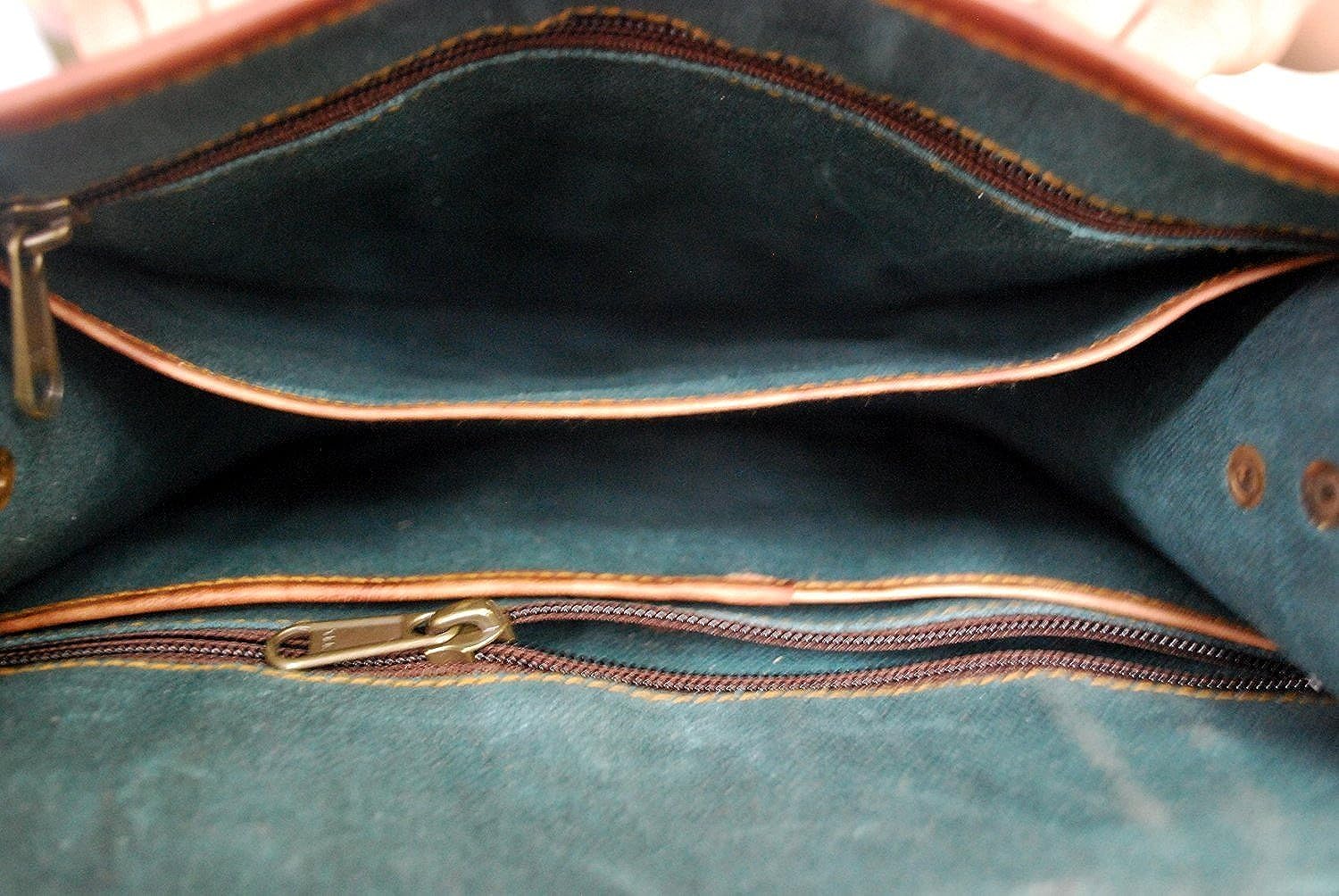 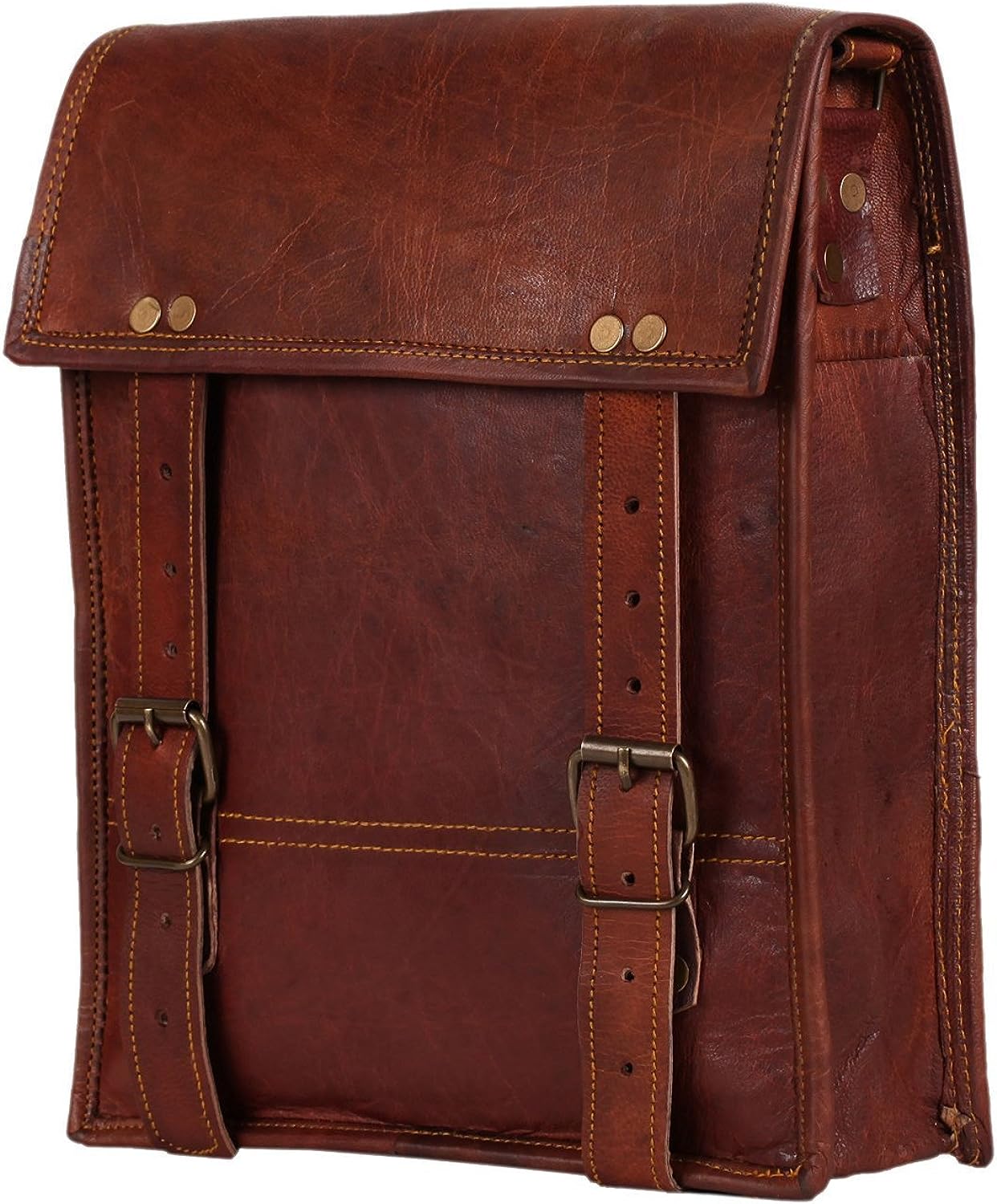